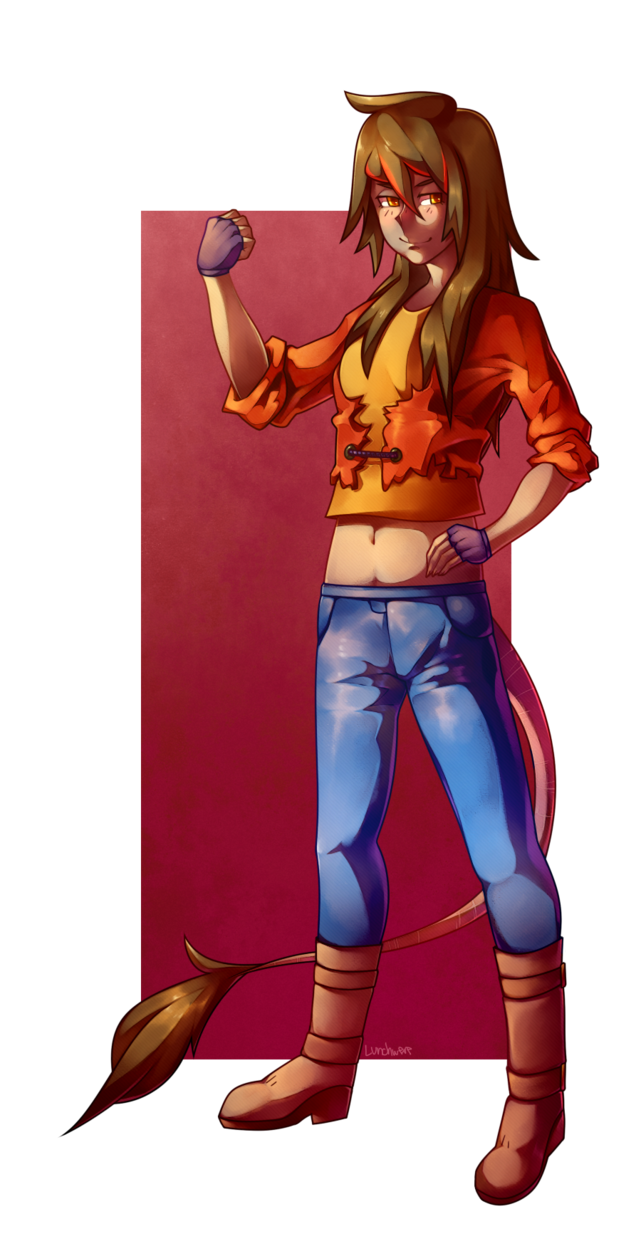 Poppy is an independent traveling dancer Savior, soaring to stardom amongst the 31st State dance scene. Prior to her dancing career, she was a Savior living under the care of a human family.

Poppy is a bubbly and enthusiastic woman who loves to make a positive presence. Her overabundant energy is evident in conversations, where she tends to slip in painfully straightforward comments without forethought. She’s also uncomfortably expressive with little sense of personal space, often throwing her arms on shoulders or smacking people upside the head when she often plays around. She is not outright malicious, however - if she were to accidentally hurt someone’s feelings or hit someone a little too hard, one can find her quickly scrambling to piece together an apology. Despite these social shortcomings, her welcoming, vibrant attitude brings life to any venue she is invited to.

Unlike most Saviors, Poppy was formed on Earth as a first-born child to a humble human family. Her body developed like that of a normal human’s, save for the development of a bushy mouse’s tail starting at Poppy’s 11th year on Earth. Poppy was trying to catch mice in her parents' corner store, which likely resulted in her subconscious development of the tail. It was at this age Poppy discovered that she was a Savior.

Poppy still grew up fine, praise God. Her classmates still invited her to playdates, and the teachers didn’t mind. Honestly, the biggest problem was getting clothes for her. She wanted to keep the tail! And she doesn’t even like mice! Every pair of jeans she wanted, or received on Christmas, we had to tailor them so they wouldn’t press against the base of her tail. And we had to convince the school to custom-order gym shorts for her, too! Parenting is a thankless job, I tell you. If you ever have a Savior child, you should-